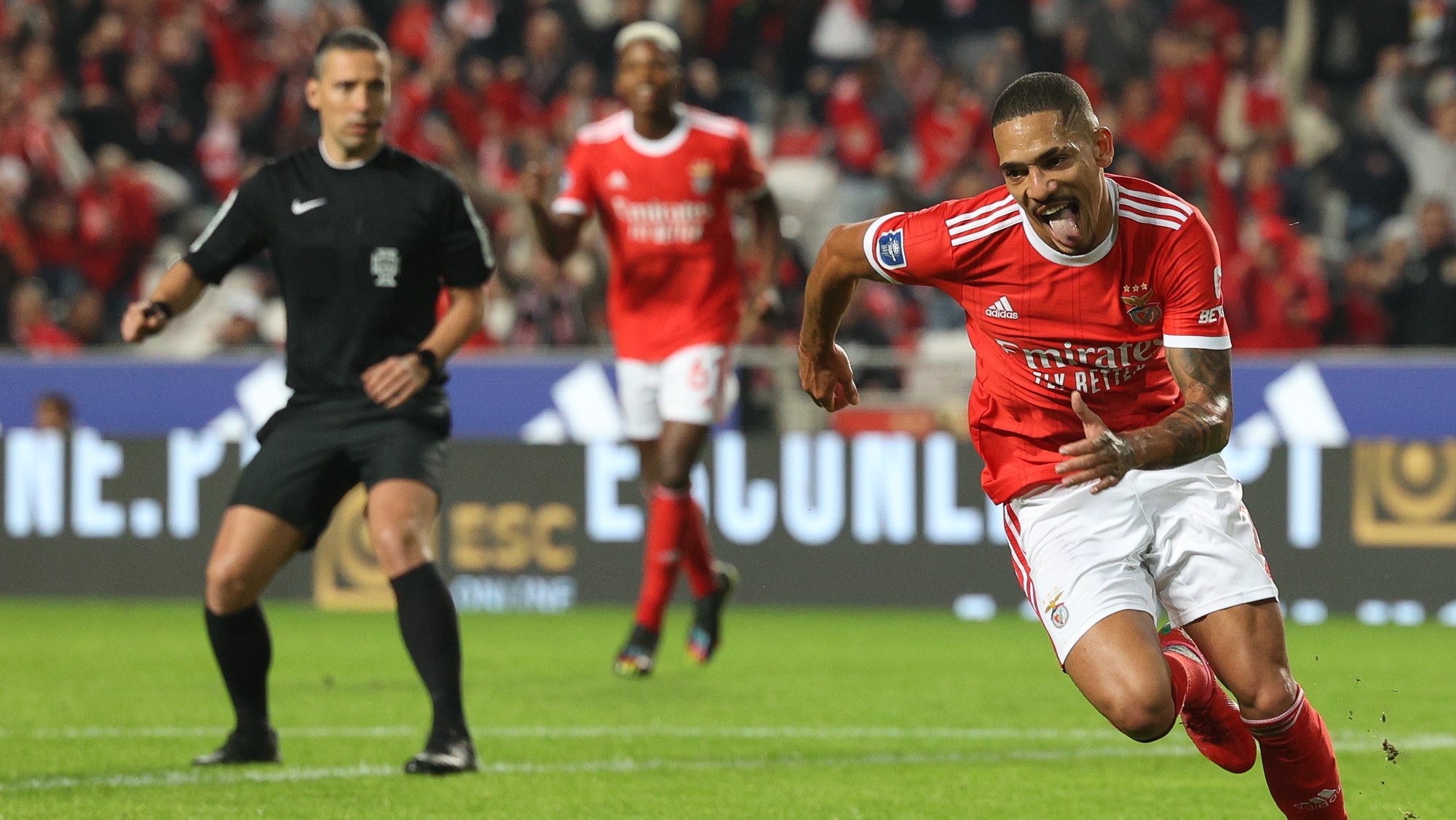 With most eyes on Qatar, here Benfica has continued to make history: Almost 50 years have passed since the eagles reached the 70-goal mark in such a fast-paced season (since 1972/73). The milestone was reached in the Reds’ first match for the League Cup, which culminated in a victory against Estrela da Amadora (2-3) even without the six internationals present in Qatar.

Benfica entered at full speed and on a kind of fast track created at the Estádio da Luz. A clear embodied dominance, but with scoring opportunities well below this indicator. Peñafiel’s low block and Rafa’s close marking conditioned the creativity of the “eagles” in the last third of the field.

Filipe Rocha’s team was showing very cohesive defensively without giving up space to Schmidt’s team. Astute display of a very well organized Peñafiel in the low block and who tried, above all, to take advantage of the spaces by attacking quickly in depth.

Despite the frenetic attack from the eagles, the ascendancy decreased throughout the first half and balanced the balance on the Luz pitch. The truth is that in the final minutes, the red team asked for the same break.

Benfica entered the second half with the same attitude as the first, but much clearer on the offensive front: it only took three minutes for the eagles to find their way to the finish line twice, a task that seemed almost impossible in the first part.

At 55 minutes, Gilberto scored the first of the night after a great individual work by Grimaldo. David Neres extended the lead shortly after in a play that almost looked the same: Musa plowed through several opponents, Rafa even tried to get the best of Caio Secco, but it was the Brazilian who was really happy. Peñafiel’s response still came on 65′, but Rúben Freitas’s goal was disallowed for offside.

Outstanding for Gilberto’s exhibition in a duel that was deciphered by the creative unlocking in the last third embodied in this second half. On the other hand, the story of this match was also dictated by Peñafiel’s decline compared to the levels of cohesion and concentration that were felt in the first 45 minutes.

Benfica thus won the second game of the group stage of the League Cup and reached 27 games without losing during this season. The reds will take a breather and will only return to the competition against Moreirense on December 17.

Previous article
World. Messi equals two historical records set by Maradona: number of matches and goals scored
Next article
Roger Schmidt: “I hope Enzo shows everything in Qatar and plays from the start. I’m happy for him and for Nico”