Enzo leaves his mark in Argentina’s victory over Mexico: goal, emotion and a hug from Messi 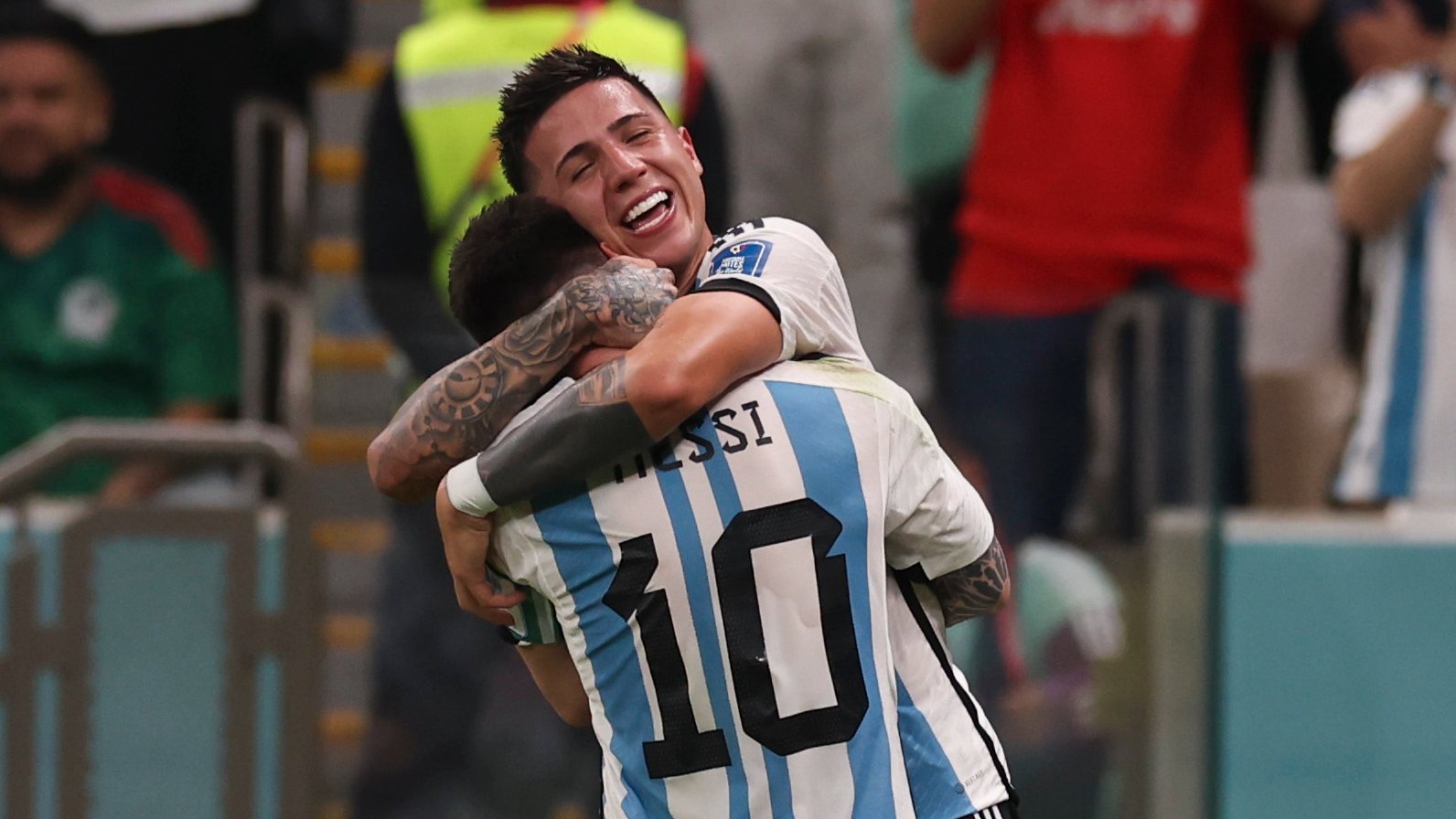 The Benfica player Enzo Fernández was one of the highlights of Argentina’s 2-0 victory, this Saturday, against Mexico in a match of the second day of group C of the World Cup in Qatar. A match of vital importance for the “alviceleste”, which would be eliminated in case of defeat.

In the Lusail stadium, with an atmosphere worthy of a World Cup final, the first to score was the inevitable Lionel Messi, in the 24th minute. Some 20 minutes later, the Argentine captain assisted the Benfica midfielder who, with a shot on goal at the far post, sealed the result🇧🇷

The 21-year-old midfielder, who came off the bench after 57 minutes, received a big hug from Messi and did not hide the emotion of the momentbeing warmly received by colleagues, as you can see in the upper photo gallery.

After this match, the South Americans, champions in 1978 and 1986, climbed to second place, with three points, one behind leader Poland and the same three as the Asians, defeated 2-0 by the Poles, while the Mexicans are last. . , common.

Previous article
Singer Irene Cara, known for classic 80s movie hits, has died
Next article
The president says it is time to upgrade the SNS and the opportunity “cannot be missed”