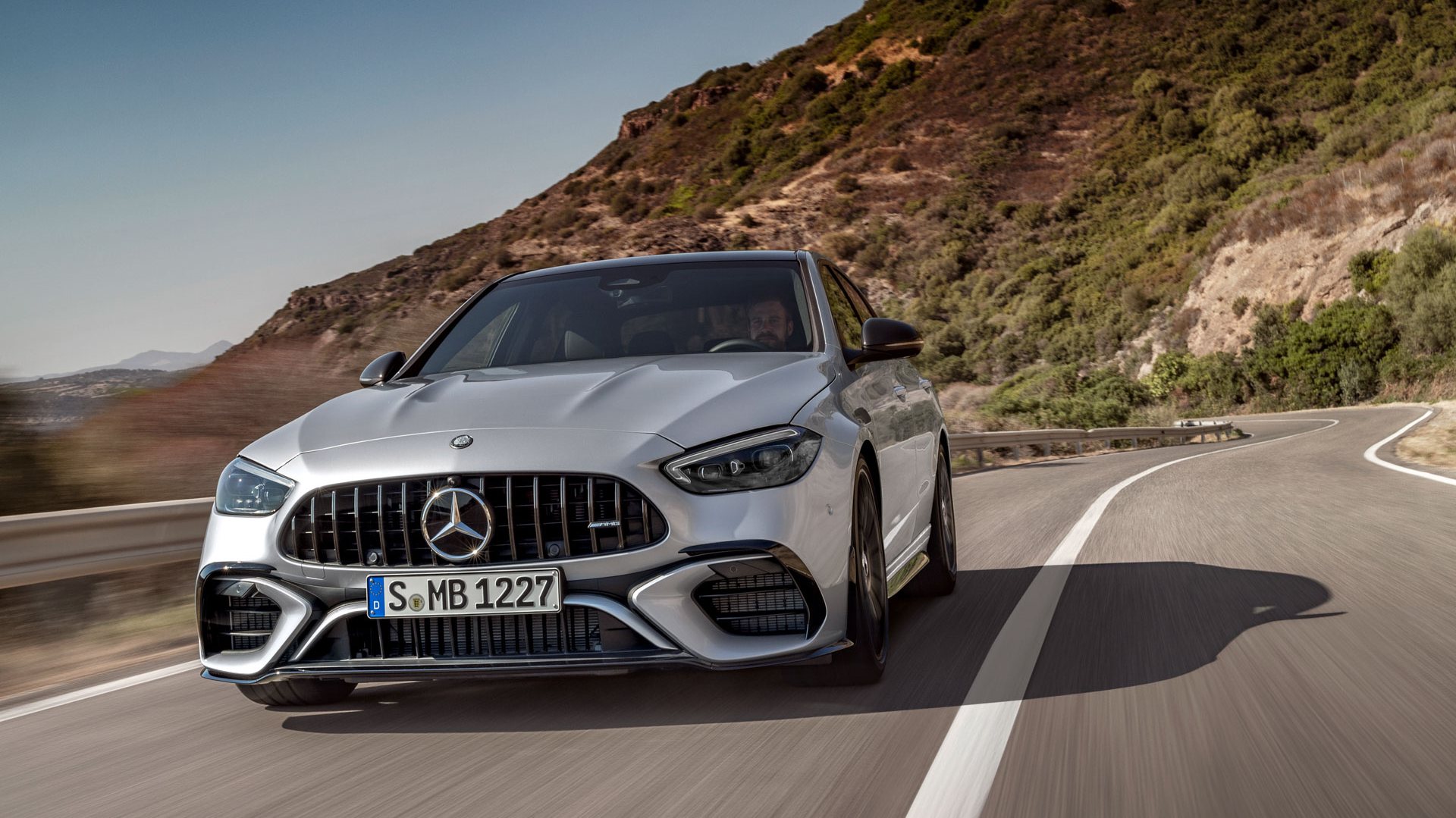 Mercedes has presented its latest creation, which combines performance, economy and respect for the environment. This is the AMG C63 SE Performance, a plug-in hybrid (PHEV) model that uses a 2.0-liter four-cylinder supercharged petrol engine, but none of this prevents it from delivering an impressive 680 hp. The AMG C63 S is not new to the Mercedes range, since until now a version equipped with a supercharged 4.0 V8 engine was proposed that provided 510 hp and 700 Nm, capable of taking this sports family up to 290 km/h and from 100 km. /h in just 4 seconds. However, this AMG C63 S, which weighed 1,755 kg, advertised a consumption of 10.7 l/100 km, which corresponded to 244 g CO2/km.

The new generation of the AMG C63 S, called E Performance, substantially raises the bar for power and strength provided by the mechanics, now reaching 680 hp and 1,020 Nm of torque. With the novelty of being electrified, the new mechanics leave aside the previous (and melodious) V8, replacing it with a substantially simpler (and cheaper) unit, with just 2.0 liters and four cylinders. If it lacks nobility, the new engine is not silent in terms of power and even uses an electric turbocharger (to avoid delays in throttle response), since it delivers 476 hp and 545 Nm, being the same unit that appears installed. in the A45 AMG. . To compensate, the new sports sedan combines an electric unit with 204 hp and 320 Nm to the supercharged gasoline engine, which together raises the power to the aforementioned 680 hp and 1020 Nm. The advantage of the new model, in addition to greater power and robustness, is that it now announces only a consumption of 6.9 l/100 km and emissions of 156 g of CO2/km.

To power this electric motor there is a small battery (for a PHEV), with only 6.1 kWh of capacity. It is an option that aims to reduce the increase in weight (and price) due to the installation of a larger battery, which can be decisive in a sports car. Hence, the C63 SE Performance weighs just 2,111 kg, more than the old C63 S with 510 hp (1,755 kg), but much less than a direct rival like the Porsche Panamera Turbo SE Hybrid (699 hp and 2,425 kg). However, the new C63 SE Performance offers a power-to-weight ratio of 3.10kg/hp, better than the old 510hp C63 S which comes in at 3.44kg/hp and even better than the Porsche which claims 3.47kg/hp.

The small battery allows weight gain (and costs), but does not guarantee the necessary autonomy in electric mode, nor average CO2 emissions per km below 50g, so they have to dispense with the usual tax contributions, as happens with the Panamera Turbo SE Hybrid. This explains why Mercedes advertises only 13km without using the combustion engine, which is weak for a PHEV, but understandably so as not to compromise acceleration capability and sporty character.

The new AMG C63 SE Performance electric saloon is limited to 250 km/h (extendable to 280 km/h at extra cost), but it tops 100 km/h in just 3.4 seconds, surpassing the agility of the old C63 S with V8 engine. The new sports saloon can be equipped with rear-wheel drive or 4×4, always with the possibility of using a four-wheel steering system.

Previous article“It’s time for you to choose.” Zelensky calls for Russian protests against the mobilization
Next articleWhy the pro-Russian referendums are “fake”