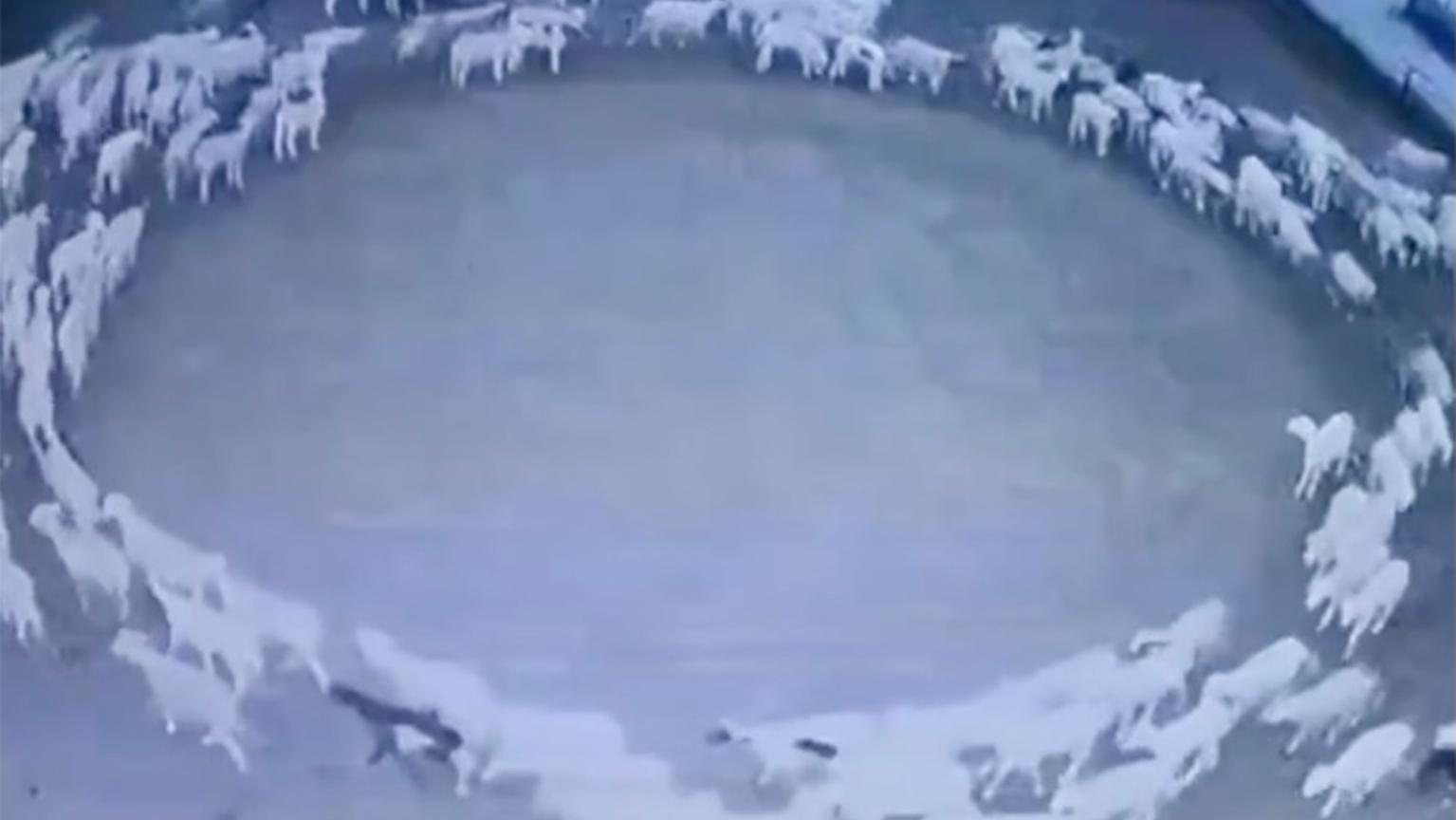 Hundreds of sheep walk in a circle almost perfect without interruption two weeks ago. According to the Metro newspaper, the animals are on a farm in Mongolia and the owner of the property, Senhora Miao, says the behavior began on November 4, first with some sheep and then joined by the rest.

The great mystery of the sheep! Hundreds of sheep walk in a circle for more than 10 days in Inner Mongolia, north China. The sheep are healthy and the reason for the strange behavior remains a mystery. pic.twitter.com/8Jg7yOPmGK

The reason for this action is a “mystery”, but the Chinese newspaper “People’s Daily” reveals that the sheep are healthy. What is also unclear is whether the animals stopped to drink, eat and sleep.

Various theories have been shared on social media to justify this ongoing behavior. One claims that sheep may have a bacterial disease called listeriosis that can inflame one side of the brain, causing the animals to behave strangely. Another is that the action is a way to protect itself from predators.

A possible explanation was revealed by the director of the Department of Agriculture at the University of Hartpury, Matt Bell, quoted by Newsweek. “Animals that are penned for extended periods of time may begin to engage in repetitive behaviors or movements out of frustration at being trapped. This is not good”, says the professor.

As the sheep walk clockwise, seconds, hours, and days pass.

They are developing an electronic nose to identify prostate tumors

Referring to euthanasia. PS accuses the PSD of “living conditioned” by Chega and being a “follower”

The Labor Party prepares to abolish the British House of Lords