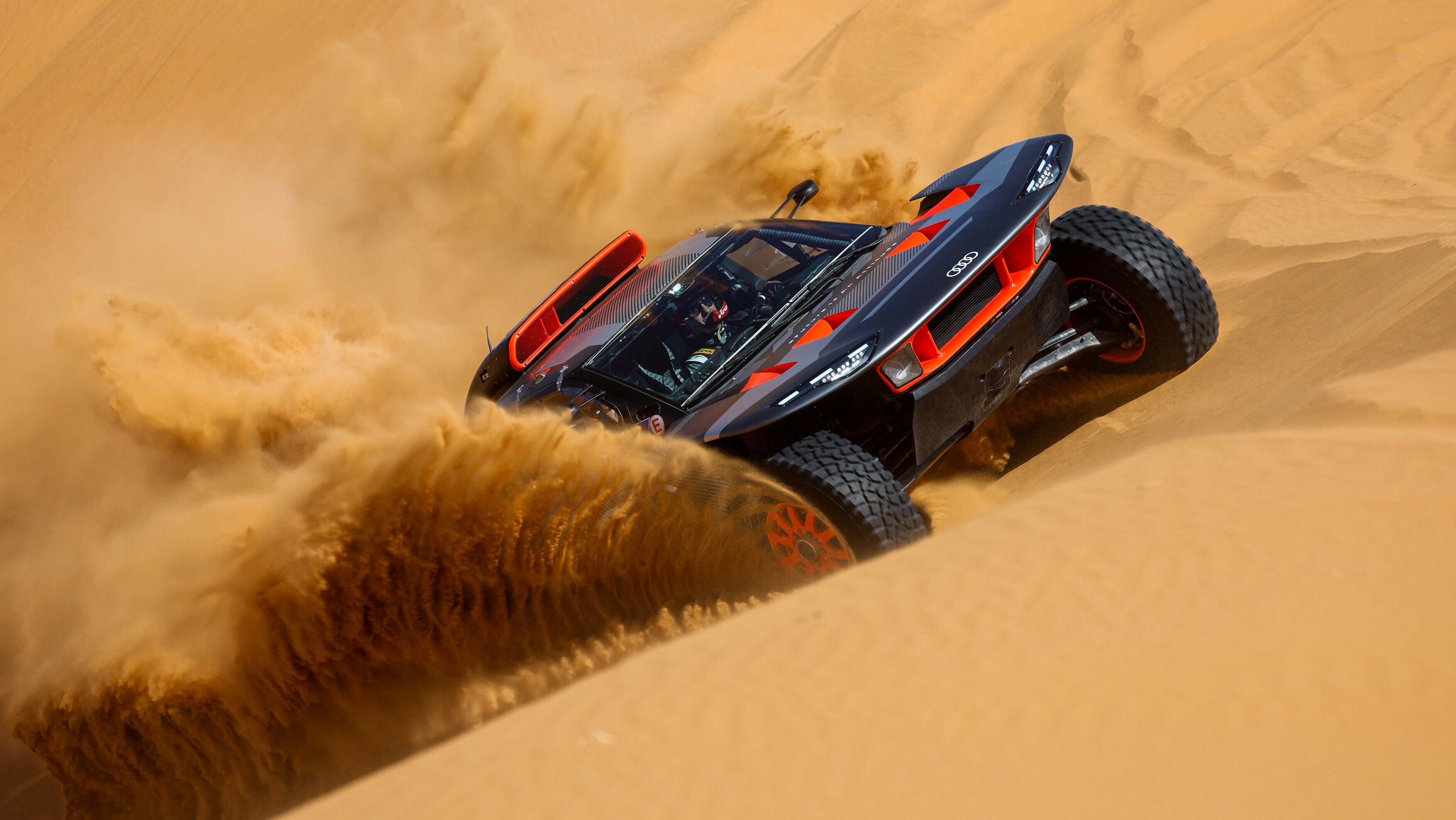 When Audi introduced the RS Q e-tron E2, the revised and improved version of the buggy which will be at the start of the next edition of the Dakar, which will take place between December 31 and January 15, we will tell you all about the second generation of this electric competition model. The two electric motors, one per axle, add up to 680 CV, but on board there is a third motor, in this case combustion, whose function is to drive a generator and produce energy to store in the battery. Except that, in the 2023 edition, the fuel that drives the generator burns a fuel in which 80% is of sustainable origin, which allows reducing CO emissions by 60%two🇧🇷

In the last edition of the Dakar, Audi’s decision to participate in a competition as tough as it is extensive with an electric vehicle was already daring, in a region where charging stations are not abundant, as is the case in the desert of Saudi Arabia. But the bet can be considered won.since not only the three cars from the start finished without major problems, but Mattias Ekstrom’s car reached 9th position, after the RS Q e-tron won four of the 14 stages of the race.

Audi’s electric buggy makes a strong return to the Dakar

For the 2023 edition, the German manufacturer will have the RS Q e-tron E2, which has a new body.more aerodynamic, with a lower center of gravity and larger air intakes to cool the battery, which will continue to have a capacity of 50 kWh, so its “only” 370 kg will allow the buggy stay below two tons. The great novelty will not be precisely the combustion engine that drives the generator, since that should continue to be the four-cylinder 2.0 TFSI that equips many of the group’s models. The difference is in the fuel.since Audi changes the gasoline with which it debuted in 2022 for a more ecological fuel.

According to Audi, the base is ethanol, an alcohol produced from biomass, the builder ensuring that the surpluses and surpluses resulting from the cleaning of the forests are used, never vegetables with food characteristics. Ethanol is then associated with e-methanol, also generated sustainably, which gives rise to e-gasoline, of which 80% comes from sustainable sources, which according to Audi’s calculations will allow reduce CO emissionstwo by 60% compared to the previous year.