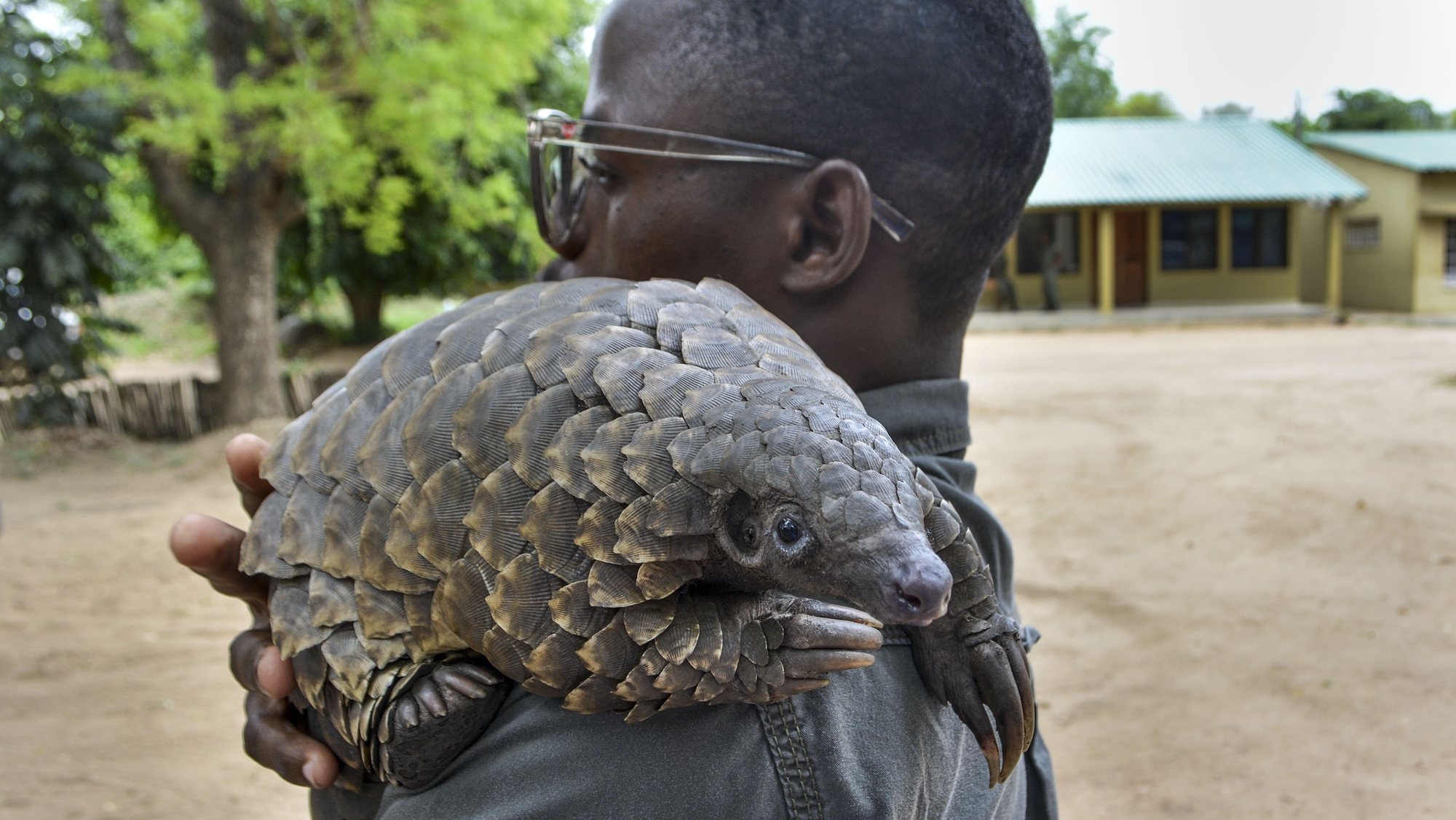 Elias Mubobo opens the door to the darkest and coldest room in the Gorongosa National Park conservation center in central Mozambique, where the goal is to simulate the darkness of night and a burrow.

Inside there are three large wooden boxes, with holes for ventilation and scratching is heard until the nails stick out.

“There are three pangolins”, each one in its box, rescued by the only recovery center for the species in the country, which operates in Chitengo, at the base of the park, where 73 animals of the species have been treated since 2018.

A nocturnal and solitary animal, in danger of global extinction, it lives in Gorongosa and neighboring provinces, but it is a frequent target of traffickers, mainly destined for the Asian market, who use the scales in traditional medicine and sell the meat in markets. .

Worldwide, it is cataloged by conservation entities as the most trafficked mammal in the world.

There are eight variants, four living in Africa and four in Asia, all classified as “vulnerable” or “critically endangered” on the International Union for Conservation of Nature (IUCN) Red List of Threatened Species.

In the ecosystem, the pangolin is useful with its meals based on ants and termites, whose populations it helps control before they become pests.

On the other hand, the drilling work helps to aerate the soil.

The three pangolins that now guard the center leave the conservation services every day and are taken to the fields, “to graze,” says Elias.

They stick out their long tongues and grab their favorite insects, under the watchful eye of inspectors who support conservation services in their mission to care for the species.

Elías opens one of the boxes and holds in his arms a pangolin that weighs just over a kilo and a half: its name is Janeiro (the month it was received) and it is 10 months old.

Until 2020, holding a pangolin in your arms was a gesture within the reach of visitors to Gorognosa, but the possibility that the species could incubate different variants of the coronavirus, such as the one that causes covid-19, has changed everything.

In addition to giving the animal a bad reputation, the situation has kept it out of contact with anyone passing through Chitengo.

A World Health Organization (WHO) survey on the origins of Covid-19 conducted in February 2021 concluded that “none of the viruses identified in bats and pangolins are sufficiently similar to SARS-CoV-2 to serve as its direct parent”.

But the precautionary measure prevails for anyone visiting Gorongosa.

Janeiro, the pangolin that Elias holds in his arms, will remain there until it reaches 6 kilos – some adults reach 18 kilos – and then it will be released in what is now the largest biodiversity reserve in Mozambique.

The Mozambican authorities confiscated, between 2019 and 2020 alone, a total of 33 pangolins and detained several Mozambicans and foreigners involved in the trade, according to data from the National Administration of Conservation Areas (ANAC).

Even after these data were published, isolated cases have been revealed.

In September 2020, five suspected pangolin smugglers were arrested in the center of the country, intercepted in possession of a live animal, placed under the spare tire of the vehicle in which they were traveling.

Previous article
Demonstrations against the “Covid Zero” policy in China intensify: “Xi Jinping, get out!”
Next article
How is journalism on television? 3 directors explain