A Punjabi worker was allegedly raped by four women! 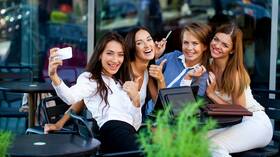 In Punjab, four girls aged 22-23 abducted a worker, raped him and threw him on the ground blindfolded and handcuffed.

This comes as a laborer from Jalandhar reported, where four women, all in their early twenties, abducted him in a white car and allegedly sprayed him with something to numb him. , then he could not see and eventually passed out.

A worker at a leather factory said the girls dumped him in a remote area at midnight, but the named man did not complain to the police and told local media about his ordeal, saying he had married and has one child. children.

His wife asked him not to complain when he regained consciousness, which was a family matter, he said.

According to him, the kidnapping was “sexually motivated” because the woman driving the car asked him to show her the address on a receipt she gave him, and as soon as the man started looking, she sprayed him. him with a chemical, then he couldn’t see anything, so the girls tied him up and attacked him and drank alcohol, as he said.

The man added that the girls seemed to come from rich families and spoke to each other in English and to him in Punjabi. The Punjab Police Investigation Department investigated the case.

Previous article
Musk revealed what he found in a locker at Twitter headquarters!
Next article
The ministers of the European Union debate this Wednesday a mechanism of last resort for a gas ceiling