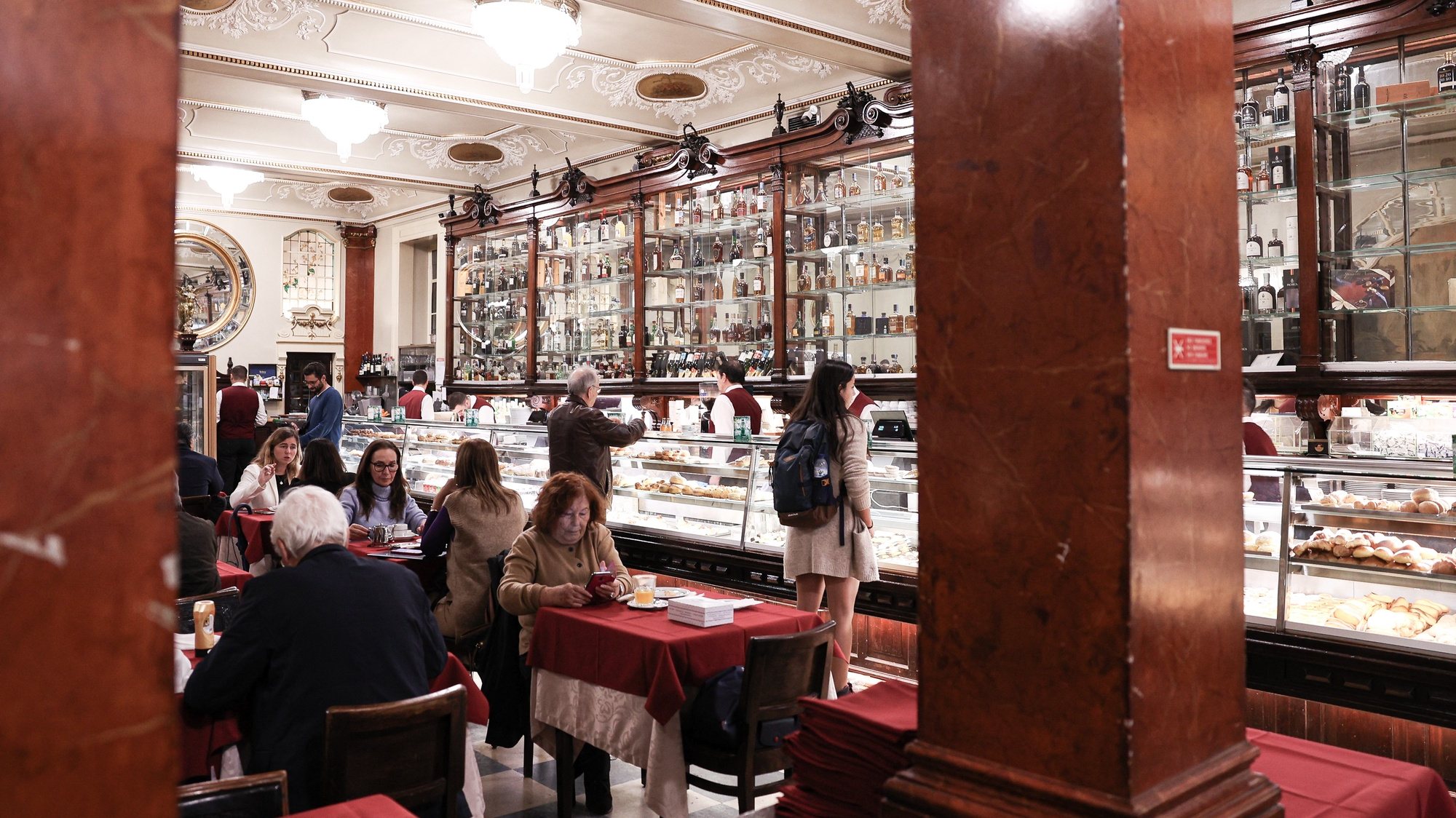 Pastelaria Versailles, one of the most emblematic of Lisbon and named after a French palace, celebrates 100 years maintaining the glamor of the 20s in its design Art nouveau and adds stories, many of them, kept between walls.

Founded on November 25, 1922 by Salvador José Antunes, a Portuguese “who loved pastry and French art (…), the new house in the style of Louis XIV had a very select environment, decorated with paintings by Benvindo Ceia, portraying the lakes of Versailles and the carving of Fausto Fernandes”.

“Followed by several Lisbon personalities, Versalles had a distinguished service provided by employees in impeccable uniforms'”, can be read on the website of the pastry shop.

The uniforms still remain: white shirt, burgundy sweater and papillon, panda with the impeccably arranged double tablecloths and the half dozen employees behind the counter who, in some kind of dancetake orders with mastery, without ever getting in the way, made by those who, outside, serve the tables.

For the Lusa agency, Paulo Gonçalves, one of the nine current partners of the space, spoke of the pride of working in a house with “history of the pastry shopAnd, if the pandemic brought some setbacks, such as the current payment of the loans contracted to be able to continue the activity without layoffs, it recognized the need to adapt to changing times and also to the new clientele that is beginning to emerge. .

During the week they are “basically a service clientele” since the pastry shop, on Avenida da República, is located in an area with several ministries and company headquarters, but, on the weekend, families come “grandfather, the father, grandchildren” , many of whom have been doing it for several years.

Paulo Gonçalves said that there are many stories connected to Versailles, but, “out of respect for customersThey remain in the memory of those who lived through these events, refusing to share them, despite acknowledging that “there were and are different clients.”

“I am not going to say [quais]I am not going to mention names. But of Prime Ministers, Presidents of the Republic and Chamber. Everyone, they were all our clients, not only the current ones, but the past ones as well,” she proudly revealed.

One of those regulars who spent time in Versailles and who went down in history is the former Minister of Finance Antonio Bagao Felixwhich reminded Lusa of a meeting held in the pastry shop that led to the 1974 Manifesto, signed mostly by economists, which defended the need to restructure the Portuguese public debt.

“I had several political meetings here. By the way, I remember one that became relatively famous, not the meeting, but the document. [que resultou] what It was the Manifesto of the 70s and I don’t know how many, from the public debt situation in 2013 if memory serves, nine years have passed. We gathered some here in the back, and then the document went on its way,” he said.

Bagão Félix recognized the differentiated treatment with which customers are treated, identifying that “there is a personalization between the employee who serves and the customer.”

“So there is that connection. It is a bond built over time and trust. On the other hand, it is a very central space, obviously, if we remove the Baixa. not the only one but it is one of the iconic cafes that has history, that has tradition, that has experiences, that has testimonies. It is a patisserie that talks a lot, if it could speak for itself,” she said.

A customer for 67 years, Virgílio Marques goes to Versailles “not sporadically, but daily”, as he stressed to Lusa, and recalled the meetings with various elements of Sporting, including former president João Rocha, who “arrived in the middle of the afternoon, then They would go to dinner and come back at the end of the night to have a coffee and continue the conversation”.

“Many people said that it was the nest of sports fans, they all came here. I heard the stories and then I passed them on to my father, ”he said, recalling that it was through his late father that he discovered the pastry shop, where he was already taking his 11-year-old granddaughter, who“ was delighted ”. .

🇧🇷This cake is special, the preparation is great and everyone knows it.“, he said, recalling that it was frequented by the “fine flower of Lisbon” like the presidents Mário Soares and family and General Ramalho Eanes”, which today “does not happen so much” because the people are also very different.

“I am still from the time when there was a right of admission at the doors. Today it is not the same, people come here anyway, ”she vented.

Despite not having been at home for the same years as a client, Joaquim Monteiro, who has known the space “for 15, 20 years”, acknowledged, along with his wife, that Versailles “is a very pleasant space, with a decoration that they like it and good service”.

“The quality of the products is also good and this set appeals to us and we come quite often for a light lunch or snack,” he explained.

employee at Versaillesalmost 30 years ago”, José Batista said that he feels that this is his “second family” and argued that there are differences between working in Versailles and in other pastry shops, specifically in Switzerland, another historic house that has already closed, where he has passed, especially in the treatment of the employees.

“It was a house that I really liked, but the experience for me is very good after almost 30 years here,” he said, also acknowledging that clients are different: “here I managed to get clients to no longer consider me an employee, but rather a friends, it practically feels like family,” he said proudly.

In the showcases at the counter, croquettes, croissants, duchess, cream pasteis stand out, among many delicacies, especially French pastries, and the traditional king cake, coveted by many.

It is currently closed two days a year, Christmas Day and January 1 at the option of the employees, after many years, in an agreement between employees and bosses, closing only on May 1, Labor Day, when everyone leaves. they met for lunch.

“December 24 here is very hard, is the real madness🇧🇷 And what often happened was that, on the 25th, the employees themselves, due to their fatigue, could not come to work”, explains Paulo Gonçalves.

Now, he said, older customers have already started coming back for tea and exchanging Christmas presents with their friends, many of whom bring their granddaughters for a testimonial passage of sorts.