The royal family prevents the screening of Elizabeth’s funeral! 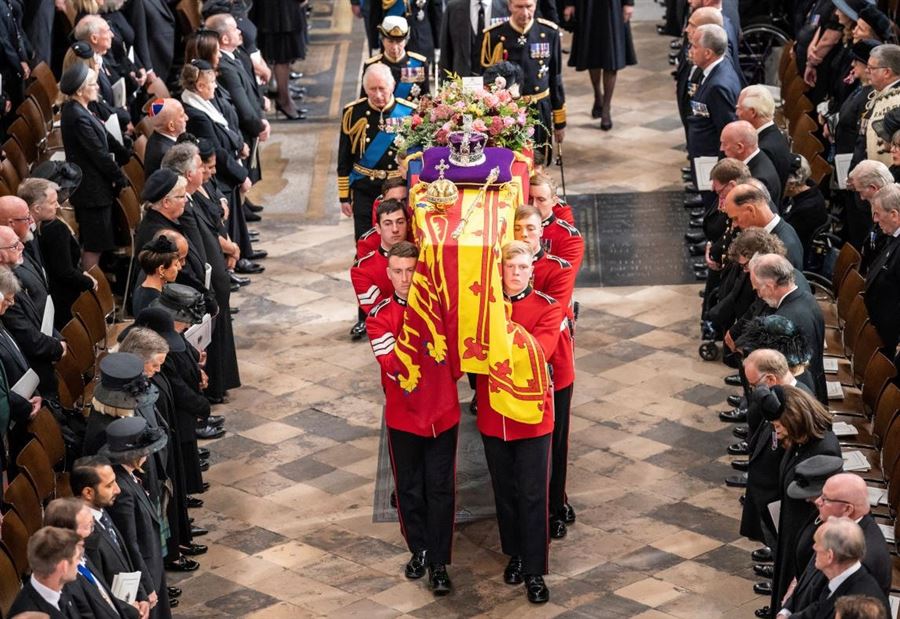 According to the English newspaper “Guardian”, yesterday Thursday, according to the agreement between the media and the Buckingham Palace, the British royal family banned the showing of the video of Queen Elizabeth II’s funeral and the videos were also removed from circulation.

The British newspaper described the agreement as veto-like, noting that British television networks have given Buckingham Palace a veto over the use of footage of the Queen’s funeral.

Some of the terms of the agreement with the media included giving the royal family the right to request that certain parts of the footage filmed at the funerals at Westminster Abbey and Windsor Castle not be used again.

The newspaper added that Royal Crew staff had sent letters to the BBC, ITV News and Sky News to clarify the footage they wanted removed from future news broadcasts and social media.

As a result, five short videos featuring members of the royal family were pulled from circulation.

There were also restrictions on the broadcast of the funeral footage, including not allowing parts of it to be played on online video platforms and sites such as TikTok.

On Monday, Queen Elizabeth II’s coffin descended into the Royal Vault at St George’s Chapel in Windsor Castle, which also houses the coffin of her late husband, Prince Philip.

As the Queen’s coffin was lowered, her titles were read for the last time, before the Imperial Crown and Polo were removed from the coffin and placed on the altar, officially ending the Queen’s burial and 70-year reign.

The late Queen’s coffin arrived at Windsor Castle after a state funeral watched by millions around the world and attended by many state leaders, including US President Joe Biden.

Previous articleThe Ukrainian army announced the recapture of the city from the Russian troops in the Donetsk region, which coincided with the start of the referendum
Next articleEU: We do not see the time as appropriate for bilateral contacts with Russia