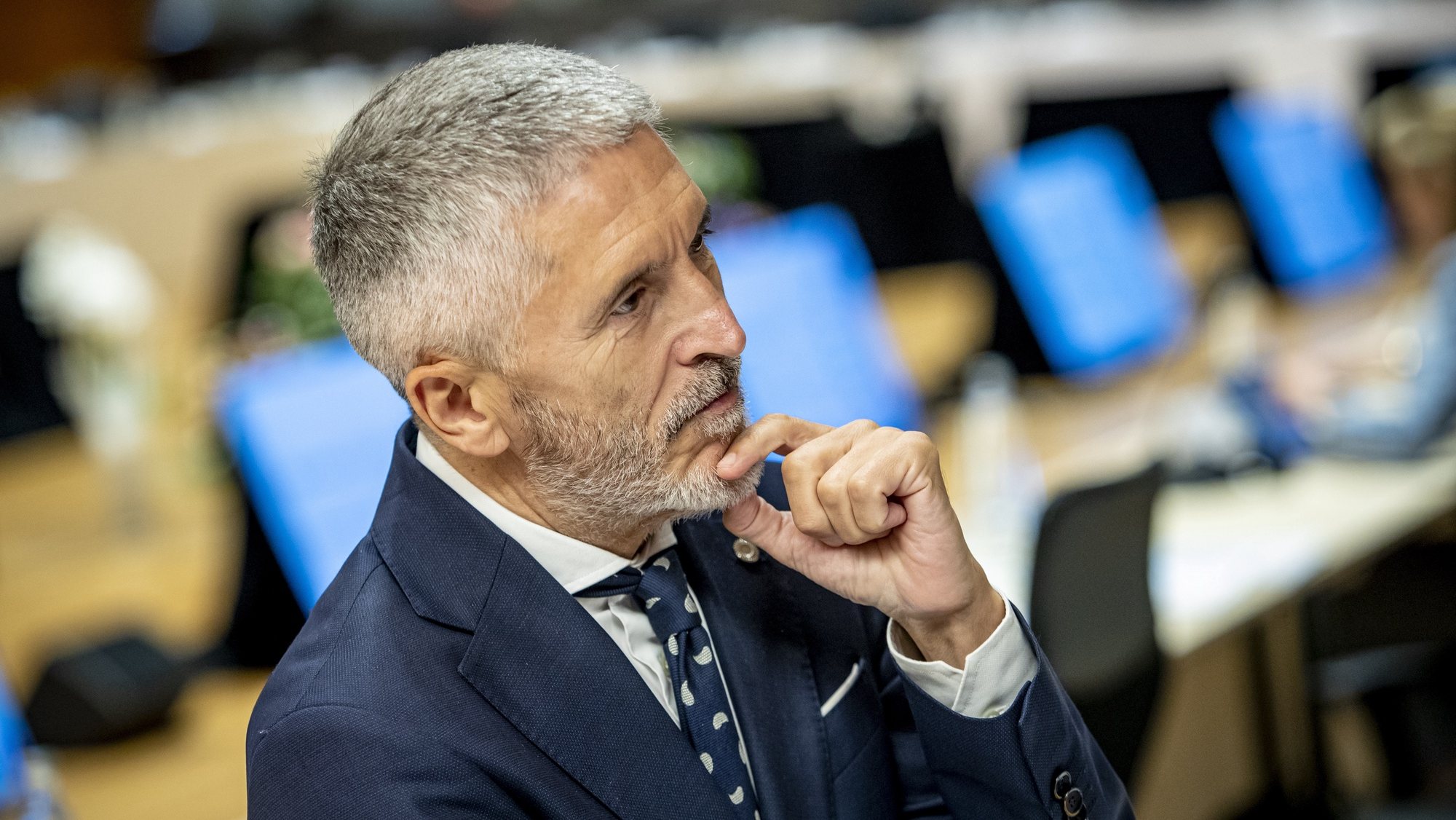 The opposition in Spain and Unidas Podemos, which is part of the government coalition, accused the Minister of Internal Affairs this Friday of lying after seeing images of the day on which 23 people died on the Melilla-Morocco border.

The minister in question, Fernando Grande-Marlaska, criticized the parties for having seen only part of the images, assuring that no one died on June 24 in Spanish territory and insisting that the Civil Guard’s response was correct and proportionate to an attack. violence to the border by nearly two thousand people organized and armed with dangerous instruments, such as axes and grinders.

Today, behind closed doors, nine deputies from a parliamentary commission of the Spanish Congress watched part of the images recorded on June 24 by fixed cameras, a helicopter and a ‘drone’ (unmanned aerial device) of the Spanish authorities in the border of the city of Melilla with Morocco.

Authorities have eight hours of footage, but agents have only seen part of it.

In the end, all the parties except the socialist (PSOE, of the Spanish Prime Minister, Pedro Sánchez) considered that more explanations from the minister Fernando Grande-Marlaska were necessary, with the majority affirming that the minister has been lying in the explanations he has given. given.

Marlaska will go to Parliament to give new explanations to the deputies next Wednesday and the largest opposition party, the Popular Party (PP, of the right), does not rule out requesting, based on this audience, an investigation commission, which would be added investigations already carried out by the Public Ministry and the Ombudsman’s Office.

PP deputy Ana Vázquez praised the actions of the Civil Guard (as did the other right-wing parties, Cidadãos and VOX), but said that there were “lies” and “half-truths” on the part of the minister, as having denied (at least, initially) that the Moroccan police entered Spanish territory or that there were almost half a thousand summary returns of immigrants to Morocco, without respect for international law.

On the left, Unidas Podemos (which is part of the Government) and the Basque independence movement EH Bildu questioned the actions of the Civil Guard and stressed that the recordings they saw confirmed that the necessary attention was not given to the wounded and that “the main events occurred in Spanish territory”, in the words of deputy Jon Iñarritu.

The Basque deputy criticized Fernando Grande-Marlaska for having been, until now, “little transparent” in his explanations and “hiding in generalities”.

For the United We Can coalition, the images seen today do not show that the migrants trying to cross the border to enter Spain have used exceptional violence and typical of “a military attack.”

In addition, the party questioned the way in which 470 migrants were immediately handed over to Morocco, without any identification or procedure that respected legal regulations and with access for the Moroccan police to Spanish territory.

In statements in Brussels to Spanish journalists, Grande-Marlaska said that he was available to answer all questions next Wednesday, but criticized the deputies for not having seen all the images, which he considers attest that the Civil Guard gave a ” legal and proportionate response” to the violence of the attack on a Spanish and European Union (EU) border and that “there were no deaths on national territory”.

“It was a violent and extremely violent attack”, which left more than 50 civil guards injured, “two of them seriously”, as well as Moroccan policemen, the minister said.

The actions of the Spanish and Moroccan security forces in June, in Melilla, have been questioned by various international organizations, such as the United Nations.

The Spanish minister has already been called by a commission of the European Parliament to give explanations, which he said he will do when the investigations being carried out in Spain, in the Public Ministry and in the Ombudsman’s Office, are concluded.

The Spanish Ombudsman, in a first report, questioned the actions of the Civil Guard, raising suspicions of “summary” deliveries of migrants to the Moroccan police, lack of assistance to the injured or throwing stones and use of ‘sprays’ against who tried to cross the border.

In a statement, the Ministry of the Interior stressed that this report is from October and that it has already provided further clarifications.

“All refusals at the border were carried out in accordance with current legislation” and “the Civil Guard at no time omitted the duty of assistance,” adds the ministry note.

Melilla and Ceuta, another Spanish enclave on the Moroccan coast, are the EU’s only land borders with Africa.