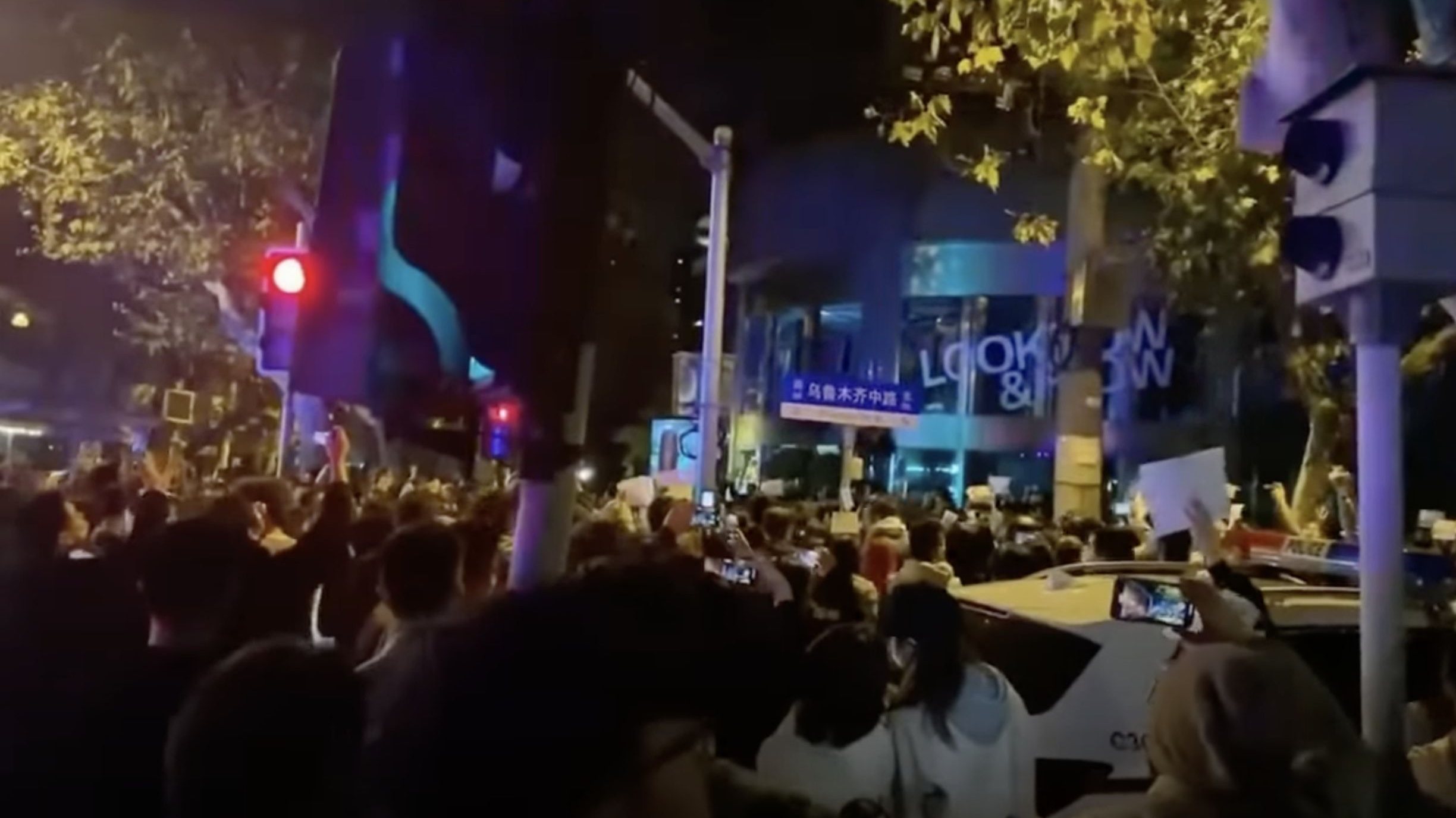 Protests against restrictions imposed to control Covid-19 cases in the country intensify in China. Xi Jinping’s government no longer requires nationwide lockdowns, but instructed local authorities to do so whenever a Covid-19 outbreak is detected – no matter how small. The “Covid Zero” policy is motivating demonstrations against the regime with an unprecedented expression in the last 10 years.

The protests intensified after a large fire caused the death of at least 10 people and inflicting injuries on nine others in Urumqi, in China’s Xinjiang region, on November 24. The population believes that the victims were unable to escape from the burning residential building because the doors were locked from the outside, due to the restrictions imposed by the local government. Authorities denied the accusations.

On November 23, a fire broke out in the Jixiang Yuan district of Urumqi. Due to the #COVID-19 #lockdownthe fire truck couldn’t get close and people were locked inside and couldn’t escape. #CCP it says 10 dead, but the death toll is widely believed to be over 20. That is one of the reasons for the riots today. pic.twitter.com/Fdt3sQPC8T

The vigils in honor of the fatalities became demonstrations of revolt against the anti-Covid regulations. In Wuhan, where the SARS-CoV-2 coronavirus was first identified, protesters gathered at barricades preventing citizens from leaving the Chinese city. and managed to shoot them down. They want an end to the Zero-Covid policy.

Protests against the lockdowns are spreading across several cities now in China. pic.twitter.com/6NatC2VhpM

In Beijing, students from Tsinghua University took to the streets and chanted: “Freedom will prevail.” One of the movements started when a student displayed a blank sheet – one of the symbols of the demonstrators in the protests against the anti-Covid measures – next to the canteen. Hundreds of other students joined him and started shouting, “This is not a normal life, enough is enough. Our lives weren’t like this before.”

Tsinghua University right now ???????? city ​​after city seeing protests small and large against Zero Covid policies and against the excesses of the Communist Party government – every hour there seems to be a new pic.twitter.com/7CbUtzNmjR

The city of Shanghai is also the scene of intense demonstrations against the Chinese strategy to control the Covid-19. One of the main avenues of the city is closed due to the protests, and the crowd calls for the removal of Xi Jinping and the removal of the Communist Party. The participants chanted: “Communist Party, out! Xi Jinping Get Out!” at a rare anti-regime rally known for harsh reprisals against those who speak out against the establishment.

Also in Shanghai, a poster celebrating the 70th anniversary of the East China University of Political Science and Law was graffitied with the message: “Don’t keep quiet”🇧🇷 In Nanjing, also in eastern China, two students displayed blank sheets of paper—similar to what happened in Shanghai—and sang the national anthem. One declared: “I was a coward before, but today I have to speak for those who died!”