Detection of an enzyme that dissolves plastic at record speeds 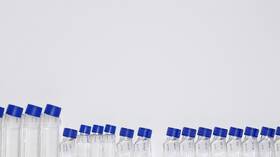 Scientists praised the discovery as a factor that changed the knowledge that plastic takes hundreds of years to decompose, due to the devastating state of plastic pollution around the world.

Scientists from the University of Leipzig brought the enzyme to their lab and found that the enzyme could destroy 90% of polyethylene terephthalate (PET) in less than 16 hours.

Interestingly, this is not the first plastic enzyme to be discovered. In 2016, an enzyme that burned PET called LLC was found at a recycling plant in Japan, but German scientists discovered that the newly discovered PHL7 was at least twice as fast as LLC.

“The enzyme discovered in Leipzig could make a significant contribution to creating alternative energy-saving plastic recycling processes,” said microbiologist Wolfgang Zimmermann of the University of Leipzig in Germany.

“The biocatalyst now developed in Leipzig has been shown to be highly effective in the rapid decomposition of used PET food packaging and suitable for use in an environmentally friendly recycling process where new plastics can be made from product degradation, ”Zimmermann said.

Scientists have found that PHL7 does not require any pretreatment to degrade the plastic and “eat” the plastic without it being ground or melted.

Big explosion at the Russian air base in Crimea (video)

“When you see me, cry.” The stone of hunger in sight, the source of the Thames 8 km away and rivers without water:...