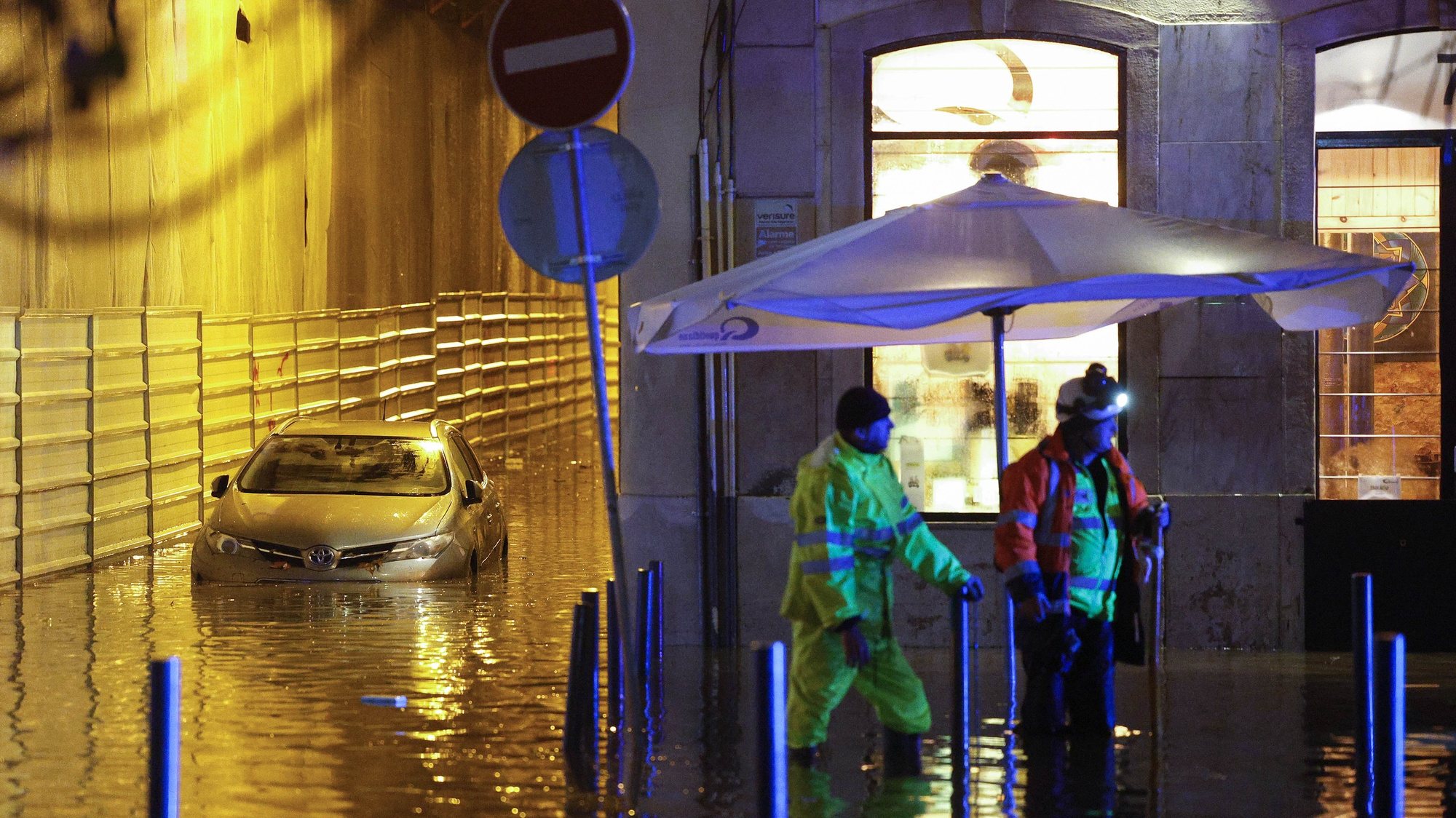 The president of the Portuguese Institute of the Sea and the Atmosphere (IPMA), Miguel Miranda, rejected this Tuesday in Parliament that there had been a late warning due to the floods that occurred on December 7 in the Lisbon region.

The prediction we made was the best we could make. We had the contacts we should have,” said Miguel Miranda, heard this afternoon in the Assembly of the Republic by the Committee on Constitutional Affairs, Rights, Freedoms and Guarantees about the floods caused by the storm that occurred in the Lisbon Metropolitan Area last month. from December. 7 of last year, at the request of the Chega parliamentary group.

Beginning his speech with a temporary retrospective, the person in charge of the IPMA explained that the first notice (yellow) was issued on December 6, and that day there was “a contact with Civil Protection and with the Lisbon City Council.”

“The next day (the day the floods occurred), an orange alert was issued in the morning and a new contact with Civil Protection and the Lisbon City Council“, he indicated, acknowledging that the expectation of the IPMA was that “it was going to rain a lot, but not what it rained”.

Miguel Miranda explained that the transition from orange to red alert occurs at 10:26 p.m., “in an already reactive situation”, denying, however, the responsibility of IPMA in the ineffectiveness of the civil protection authorities.

If you ask me if we predicted exactly what happened, I say no. Now, we can’t just tackle problems when there are red flags. We can’t just clear the sewers when the warnings are in the red. We try to make the red alerts occur in a situation of quasi calamity, ”she argued.

In this sense, the president of the IPMA defended that civil protection entities must carry out disaster prevention actions “long before” the red alerts are issued, that is, the closure of tunnels in the cities.

The orange notice is really respectable and the yellow one too. As we could see, things were already going well on December 13,” he argued, considering that it is a matter of “preparation” and defending the need to “make cities more resilient to this type of phenomenon.”

Consulted by the deputies about the changes that occurred in the operation of the IPMA as a result of these floods, Miguel Miranda indicated that “the transmission of internal communication is now faster.”

In this sense, the Secretary of State for Civil Protection, Patrícia Gaspar, and the president of the National Emergency and Civil Protection Authority (ANEPC), Duarte da Costa, were also heard in parliament this afternoon.

Patrícia Gaspar indicated to the deputies that the Government is working on a new civil protection alert system for the population when there are adverse events, such as bad weather or forest fires.

The person in charge explained that the Government started working on this new system “before this episode” of flooding in the Lisbon region, having done “the first exploratory contacts with the entities who have the capacity to develop this type of system”.

The president of ANEPC clarified to the deputies that the preventive SMS system created in 2018, at the time for rural fires, “not a solution for everything” Y has “a latency of five hours”.

Duarte Costa stressed that the preventive SMS reaches the population “two or three hours after” ANEPC delivers the information to mobile phone operators.

The issuance of SMS warnings to the population on the night of December 7, which They were not issued by ANEPCit was raised by some opposition parties, namely Chega, PSP and Bloco de Esquerda.

On December 7, 8, 12 and 13, heavy rains caused several floods in the Lisbon region, which caused the blocking of roads, tunnels and access to transport stations, as well as damage to commercial establishments, homes and vehicles, causing high losses in several municipalities of the Metropolitan Area.

There was the death of a woman in Algés, in the municipality of Oeiras, and dozens of displaced people.

Previous article
“Fundamental” that the next Director General of Health be a public health doctor, says the FNAM
Next article
Angola should have this year a reforestation project estimated at 2.7 million euros