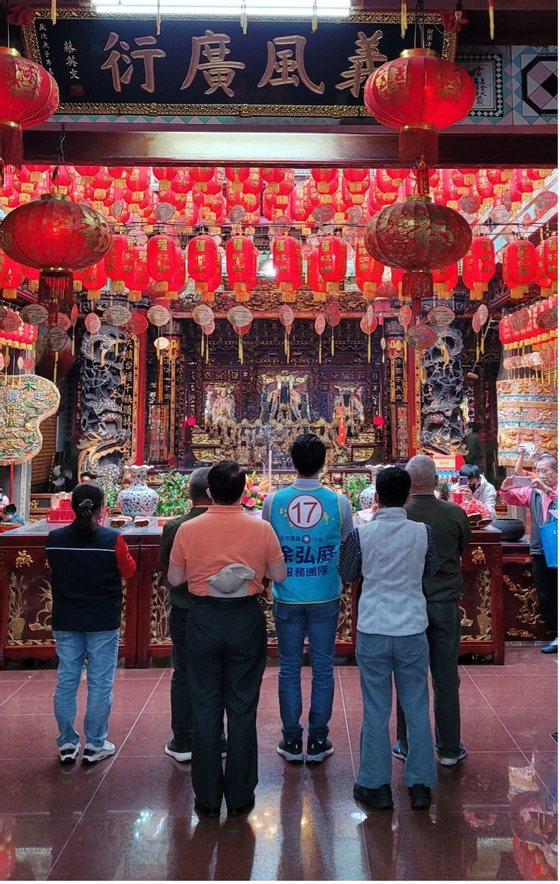 On November 26, Taiwanese turned out to vote to elect their representatives at the local level. The streets were abuzz with political activity, from the traditional mayoral campaign to the constant election rallies across the country. But in this election period, few people outside of Taiwan knew of its existence, let alone of its potential impact. Therefore, it is essential that information about these events is disseminated so that their implications are fully understood. In a previous article, I introduced the history of Taiwan, its undeniable connection to mainland China, and the importance of this history in today’s political landscape.[1] I now intend to show, through the analysis of the two most prominent political parties: what they promise, to whom they appeal and how these municipal elections can be decisive in a future relationship with China, whatever its course.

More decisive than the positioning of the different candidates, and their various levels of connection with mainland China, will be the fact that the Chinese Communist Party seeks to intervene, in various ways, in the reasoning process of the electorate. Issues related to the independence and legitimacy of Taiwan constitute the most debated issue regarding the existence of Taiwan as a state. This issue will be central in future legislative elections, possibly being the most critical point since the establishment of this state as the Republic of China (ROC).

Nationalist Party: Sense of Duty and Attachment to Superstition

At a rally on November 6 in Muzha (木栅), Taipei mayoral candidate Chiang Wan-an appeared to support the district mayoral candidate. It is further proof of the effort made by the KMT (Nationalist Party), given the loss of support in recent times. With the victory of Tsai Ing-wen as president (in January 2020), the KMT has been losing influence, giving way to more progressive parties. Despite recent losses, the nationalist party has one asset: its history. Taiwan’s founding as a state and its most popular historical figures have their roots in the KMT. Furthermore, the party now has the candidate who is the embodiment of Taiwan’s origins as a modern state. The well-known figure of Chiang Wan-an parades around the country almost like an amulet, and he himself makes an appearance at different rallies to attract the population.

Chiang Wan-an was still a teenager when his father told him that his family descended from Chiang Kai-shek, the nationalist leader who disputed control of Chinese territory with Mao Zedong. Upon learning of this fact, Wang-an decided to restore his original name Chiang (蔣), which had been changed to Chang (章), as he was the illegitimate grandson of former president Chiang Ching-kuo. His desire to leave the legal profession and join a political career is also the result of a sense of duty, derived from family history. Thus, Chiang Wan-an seeks to strengthen the party chaired by his great-grandfather and, later, his grandfather, a party that emphasizes its origins in mainland China and that wants to create stronger ties with China.[2]

After giving a short speech in support of his fellow supporter at the Muzha rally, Chiang Wan-an reminded the crowd of his presence at a rally there years before. On that occasion, after visiting the local temple around which the demonstration is organized, Chiang was elected to legislative positions, with a record vote (a position he has now left to focus on the electoral campaign). [3] With these words of suggestion, without saying it so clearly, Chiang proposes that the temple and its deity favor him and that he, therefore, be victorious again. After finishing his speech, Chiang Wan-an goes to the temple and again shows him respect for the local deity. It is thus reinforced, in the minds of all present, that Chiang Wan-an has the blessing for his goal, that he is destined to win the Taipei Camera Race.

One of the (attack) strengths of Chiang Wan-an’s campaign is to assert that Taipei is a stagnant city, and that it cannot go on like this in a constantly changing world. [4] This is all natural to what is expected in local elections! Now, what needs to be taken into account is the position of the party in legislative terms and how this position can be useful for the Chinese Communist Party. Historically, the KMT represents those who emphasize the origin of their intrinsic culture in China and, therefore, advocate policies of proximity and conciliation. The Chinese Communist Party is interested in promoting these values ​​and supporting the parties that represent them. One way this has been done is through indirect economic investment in administrative divisions that are mostly pro-KMT, versus divestment in cities or territories that do not adhere as much to the reunification ideology. The recent trip of the party’s vice president, Andrew Hsia, to China also raised suspicions of possible financing of the mayoral campaign by the Chinese Communist Party. [5] When running for the Taipei city council, Chiang Wan-an brings all of Taiwan’s history with him to legitimize him. A powerful and persuasive tool that can also be a factor of influence for the Chinese Communist Party in the region.

Chiang Wan-an visits Muzha Temple during a KMT rally in the district (November 6, 2022)

Democratic Progressive Party, Pandemic and Independence: The Mobilizing Strategies of the Government of Taiwan

While Chiang Wan-an is using history in his election campaign, his main opponent, Chen Shih-chung of the Democratic Progressive Party (DPP), is running a radically different campaign. Chen Shih-chung, a dentist by profession, has been involved with DPP for decades. He held various non-legislative posts within the party, eventually rising to the post of health minister in the current administration of President Tsai Ing-wen. The generally relatively low-profile position of health minister catapulted Chen into a prominent position when the pandemic hit. [6] As such, the DPP’s electoral strategy focuses on how the government handled the pandemic, keeping the rate of new cases low and ensuring better levels of freedom for the local population while the world was in lockdown.

Another crucial point of the DPP electoral strategy is the preservation of democracy and progressivism. One example of how the DPP tries to do this is through policies that separate Taiwan from the repressive regime in China: parallel to the municipal elections, the people of Taiwan must pronounce themselves on the question of whether or not to lower the vote. legal age from 20 to 18 years. This referendum is, in my opinion, very useful for the DPP, as a way of distancing the political system from that of China, showing suffrage as an important issue in Taiwan’s political system. As a progressive party, the DPP believes that youth activity is important in promoting generational equality.

Despite the party’s fight for democracy and its rejection of rapprochement with mainland China, DPP voters are not free from the influence of the Chinese Communist Party. China makes use of platforms, such as YouTube, to spread disinformation campaigns related to various conspiracy theories, or with the intention of generating polarization on the island. In addition to this method, and as I mentioned earlier, the electoral candidates themselves are supported according to their vision of the bilateral relations between mainland China and Taiwan. [7] An example is that of Han Kuo-yu. In 2018, Han Kuo-yu was elected as the KMT candidate in Kaohsiung, the second largest city in Taiwan. Shortly after the election, Han visited mainland China, where the DPP accused him of espousing the “One China, Two Systems” model. In 2019, Han became a presidential candidate and showed his intentions by promoting a policy of closer ties with mainland China. Despite his defeat, Han is an example of how pro-China ideologies can easily become popular in Taiwan when the Chinese Communist Party endorses them.

Municipal elections in Taiwan, contrary to what it may seem at first, are not just about infrastructure maintenance, urban management or municipal organization. China seeks to have its influence at the municipal level, since the presidency of Taipei, as a rule, serves as a springboard to the presidency of the Republic. In the current framework of relations with the United States, China sees its influence on Taiwan’s domestic politics as the only way to achieve what it wants.

Previous article
Russia is making a unique electric car
Next article
Messi’s praise for Enzo: “I’m not surprised by what he’s doing. He deserves it, he’s a spectacular kid”