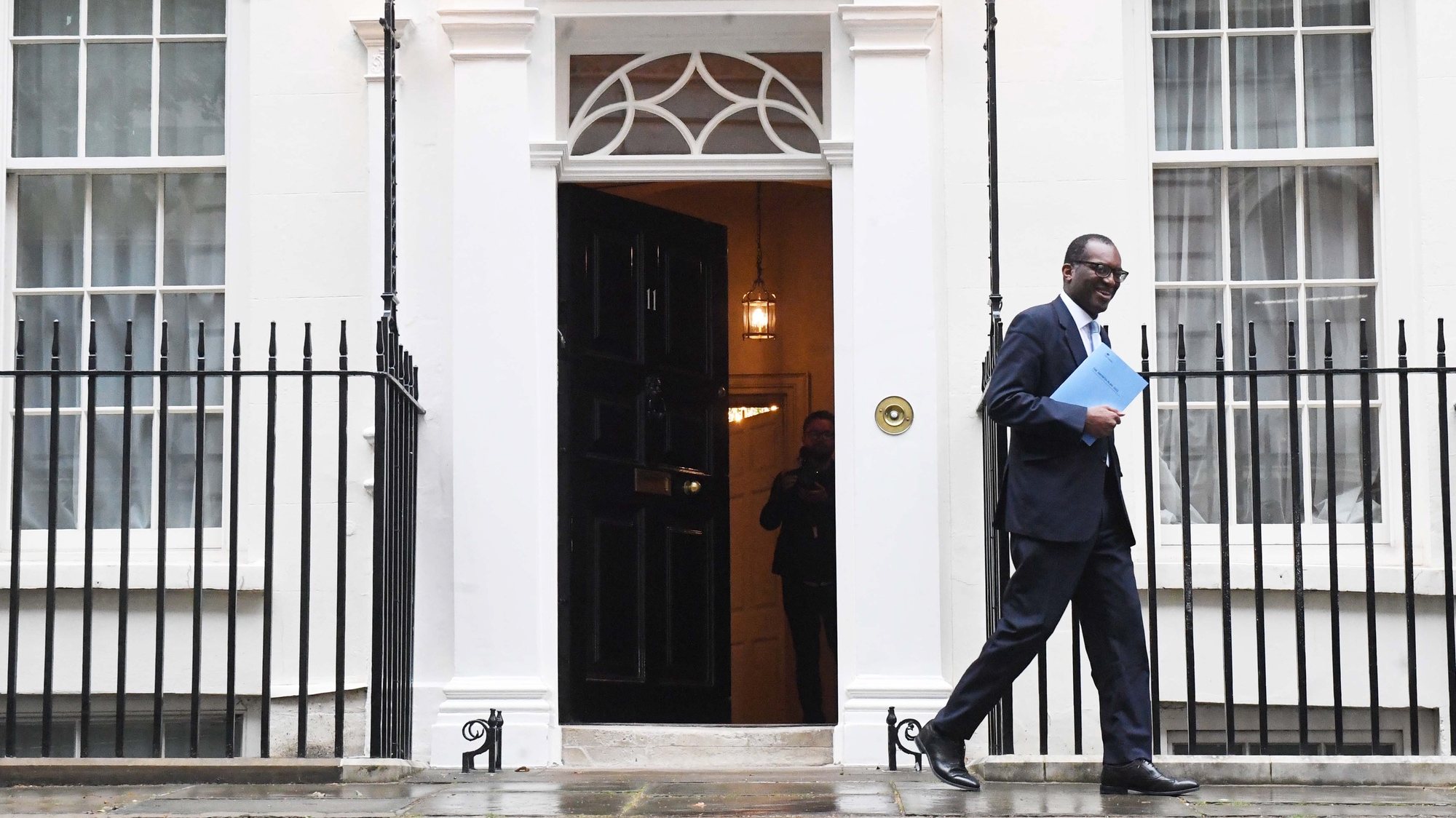 The British government confirmed this Friday a series of tax cuts to try to revitalize the economy and leave behind a “cycle of stagnation” at a time when the country suffers from inflation and is about to enter a recession.

By April 2023, the start of the UK tax year, the Government also intends to abolish the top income tax bracket (Imposto sobre o Inrendimento das Pessoas Singulares, IRS) of 45%, with most taxpayers rich paying only 40%, and the lowest the level will drop from 20% to 19%.

This move, argued Kwarteng, “will simplify the British tax system and make the UK more competitive, reward entrepreneurship and hard work, encourage growth and benefit the whole economy and the whole country.”

We need a new approach for a new era focused on growth. Our medium-term goal is to achieve an average growth rate of 2.5%, expanding the supply side of the economy through fiscal incentives and reforms,” he said.

Friday’s “mini-budget” materializes some of the promises made by Liz Truss during the campaign for the leadership of the Conservative Party, contradicting the “orthodoxy” of previous governments and economists concerned about the need to balance public accounts.

The tax cut comes on top of a package announced in recent weeks to freeze domestic energy prices for homes and businesses, which the minister says will cost 60 billion pounds (68.7 billion euros) over the next six months.

“In the context of a global energy crisis, it is entirely appropriate for the Government to use borrowing powers to finance temporary measures to help families and businesses. […]. The price of inaction would be much higher than the cost of these packages”, justified the minister.

The Institute for Fiscal Studies (IFS), an independent economic policy analysis organisation, estimates that borrowing is expected to reach £100bn ($113bn) a year, even after bill support measures temporary power stations come to an end in two years.

These measures, he warned, risk putting the “debt on an unsustainable path.”

Kwarteng promised to publish “in the medium term” a plan on how to reduce public debt and new economic forecasts for the end of the year.

Fiscal responsibility continues to be fundamental for economic confidence and it is a path in which we are committed”, he underlined.

The Labor Party condemned the option of resorting to debt to pay for the “necessary” energy price freeze instead of imposing an extraordinary tax on oil companies.

“The question is, who pays? Power producers who have benefited so much from rising prices must make a contribution. But when the country asked who should foot the bill for the energy support package, the Conservatives replied: you Brits,” Rachel Reeves criticized.

The UK is facing a crisis with a rising cost of living driven by a sharp increase in energy costs and a context of economic recession.

THE inflation stands at 9.9%one of the highest rates since the 1980s, prompting the Bank of England to raise nominal interest rates by 0.5 percentage point to 2.25%, the highest level since 2008.

The central bank changed its forecast for inflation, which is expected to peak at 11% in October from 13% previously forecast, believing that the government’s plans to contain energy prices will help contain the consumer price index. (CPI).

However, on the same note, the Bank of England suggested that the national Gross Domestic Product (GDP) could have contracted 0.1% in the third quarter, which after the 0.1% fall in the second quarter, which would mean that the UK is already in recession.

Previous article
Kadyrov compared the referendums in Donbass, Zaporozhye and Kherson with the situation in Chechnya in 2003
Next article
One street in front of another… pro-hijab demonstrations in Iran

How is journalism on television? 3 directors explain