Electric Mercedes G-Class twists and turns like a tank 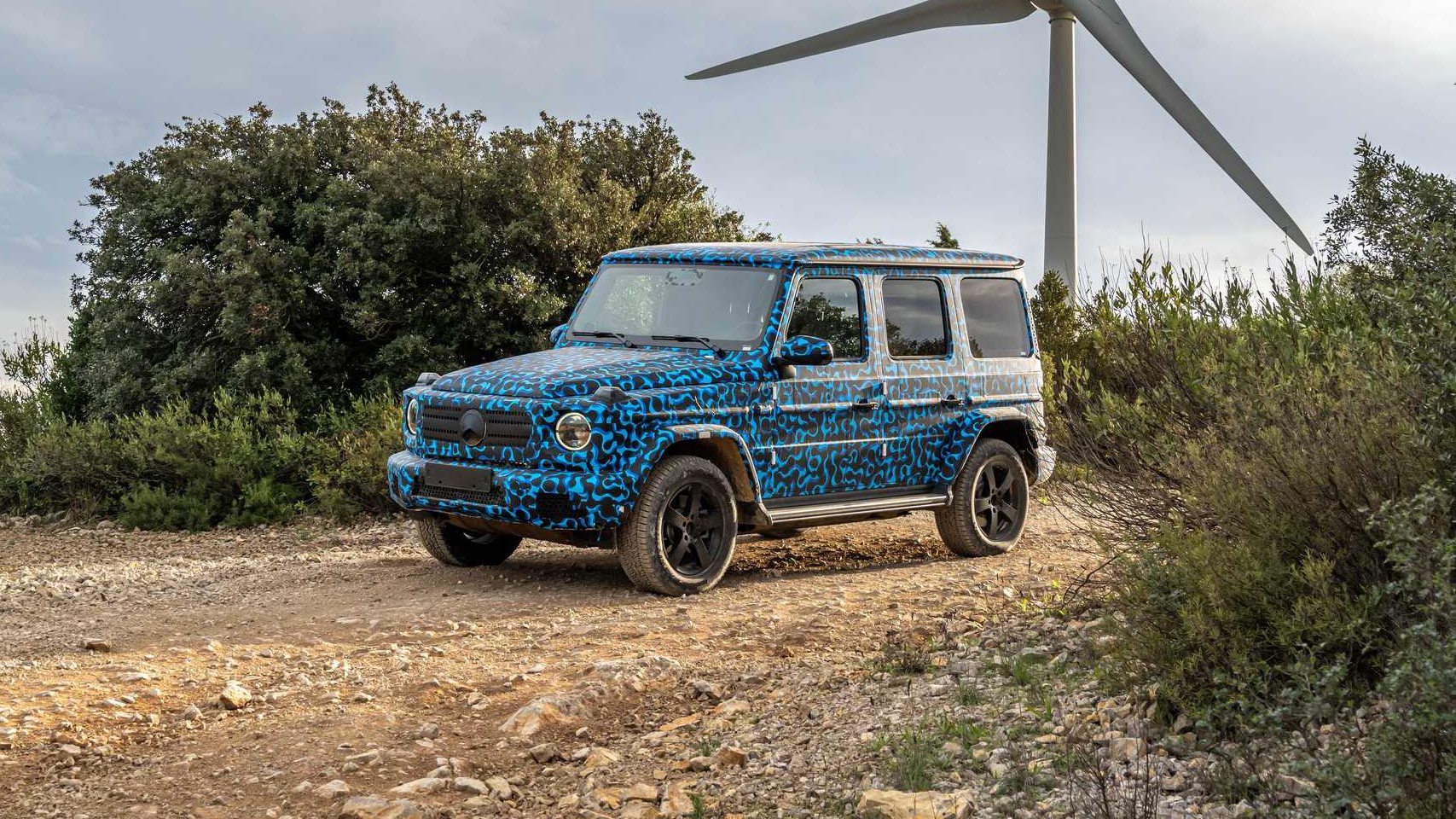 There are still almost two years to go before the EQG hits the market, the battery-electric version of the well-known G-Class. But this, which is one of the most valued models on the market in versions with a combustion engine, when facing the most difficult off-road situations, it continues to evolve to adapt to a new type of motorization, in which electrons are what move it. Despite only being scheduled for the second half of 2024, Mercedes was eager to share the current state of evolution of its most “tough” jeep, even taking the opportunity to show off a skill: the ability to turn like a tank, that is, turn on itself.

It is known that the EQG is based on the same type of chassis as the G-Class, with spars and cross members that only the Jeep Wrangler continues to use, since even the legendary Land Rover Defender abandoned this more robust construction to favor comfort and convenience. . behavior on asphalt, adopting a monocoque chassis. The strategy of adapting chassis versions with combustion engines for electric vehicles is not new for Mercedes, but The German manufacturer makes sure that the battery-powered EQG does not lag behind the gasoline and diesel G-Class. And it is even possible that it is clearly above, at least in maneuverability.

Donuts a la carte.@Mercedes BenzThe upcoming EQG has four electric motors and a ‘G-Turn’ feature that turns it on the spot.

The steering wheel paddles allow the driver to decide whether to turn left or right when pressing the accelerator.

First prototype ride for me. Shaken and stirred. pic.twitter.com/GjoUv8XTQ1

According to the Mercedes Blog, the EQG should install a battery with a capacity of 100 kWh, which should power a little more than the 500 hp that the model in the most powerful version should enjoy. Nevertheless, the great novelty is that the EQG extracts this power not from two, but from four motors, all to optimize traction capacity in more extreme off-road situations. Perhaps his most curious ability is the ability to perform a reverse maneuver on himself, as if he were spinning a top, as you can see in the following video.

The advantages of this type of maneuver are obvious, despite the fact that it can only be performed on dirt or low-adherence surfaces. The “spin to the tank” is not exactly a novelty, having been seen for the first time in an SUV or pick-up by Rivian. It is the type of maneuver that It is only possible if the vehicle has four engines, as well as the ability to make the engines on one side go forward, while the engines on the opposite side go backwards.

Previous article
The European Parliament denounces the deterioration of women’s rights in Afghanistan
Next article
UNITED NATIONS. A third of the Latin American population will end up in poverty in 2022

Minister of Health: “I found myself with a more difficult scenario than I expected”

Soil protection legislation has been “in the drawer” for seven years

Green hydrogen. What is missing to jump off the paper