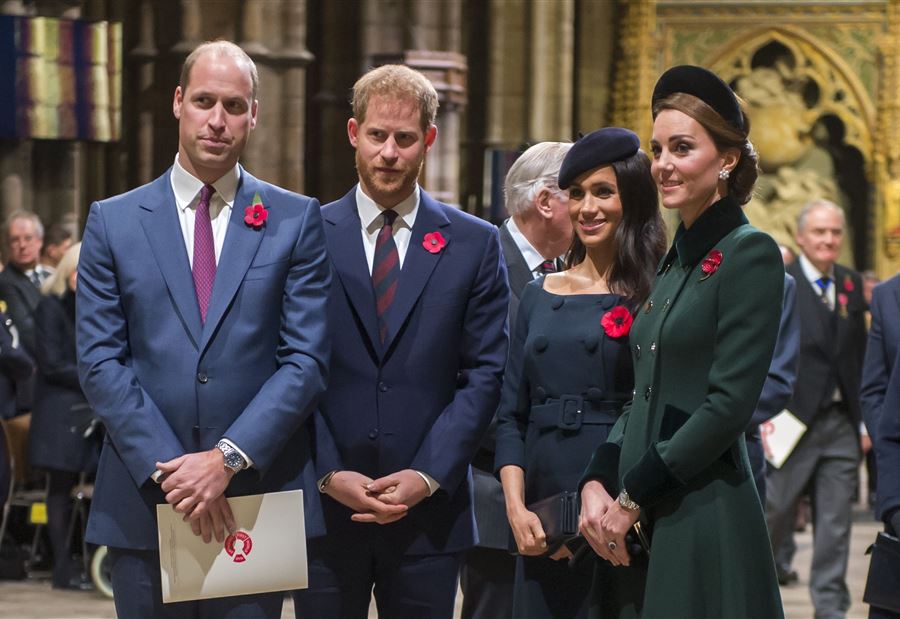 The British newspaper Daily Mail wrote in a report published on Friday, September 23, 2022: “Prince William, the heir to the British throne, cannot forgive his brother, Prince Harry, for his actions and behavior towards the public. royal family for the past few years.”

The British newspaper quoted Katie Nicholl, author of Queen Elizabeth’s new royal legacy and the future of the crown, as saying: “Prince William will not let go of Prince Harry’s past,” and Nicholl said: “William simply cannot forgive Harry, not only because “He. What he did and how he did it, but what will happen in the near future.”

In her new book, Nicole also looks at the deep rift in the royal family after Harry and his wife Meghan Markle decided to step down as senior royals and start a new life in the US in 2020. .

British writer Nicole also wrote that “William and his wife Kate finally ‘calmed down’ when Harry and Meghan announced their decision to move to the United States, as they felt the ‘drama was over.'” Nicole said the late Queen “It was painful. With Harry and Meghan’s decision to step back from their roles in the estate.”

In a related matter, sources told Britain’s Sun newspaper that “Prince Harry refused to join his father, King Charles, his brother William and his wife at the dinner table on the day of the Queen’s death.” By refusing, Charles refused to allow Meghan Markle to attend this family gathering at Balmoral Castle.

In the past, Harry and his father have been at loggerheads, after which Charles called his son and told him it would be “inappropriate” for Meghan to attend, prompting Harry to pull out of a family gathering on the day of Queen Elizabeth II’s death. refrain from

According to the sources, Harry was so angry and busy trying to convince his father to attend Meghan Markle that he missed the trip his brother William and uncles Andrew and Edward took to Scotland to say goodbye to the late queen on September 8. And he missed the opportunity to say goodbye to his grandmother for the last time in front of the whole family.

After missing the flight, he asked Harry to book the trip himself and finally went to Aberdeen, Scotland, the next morning alone without taking his wife Meghan Markle, and that too after the Queen’s news. The death was announced publicly

Although Markle was banned from attending the family dinner at Balmoral Castle, she did attend the funeral and burial, but it was clear that Meghan and Harry’s role at the funeral was “marginal” as the couple are without royal titles. and Harry appeared. Not allowed to wear military uniform more than once at funerals and burials, he was also not allowed to perform the royal salute to bid farewell to his late grandmother.

Harry and Meghan also stood in the second row during the funeral, behind King Charles and his wife, behind his uncles Edward, Andrew and Anne, and behind his brother William and his wife Kate Middleton.

Previous articleHuman rights Iran: at least 50 dead in protests in country
Next articleUkrainian Foreign Ministry: We have decided to revoke the accreditation of the Iranian ambassador to Ukraine and reduce the number of employees of the Iranian embassy in Kyiv